Lies and my relationship 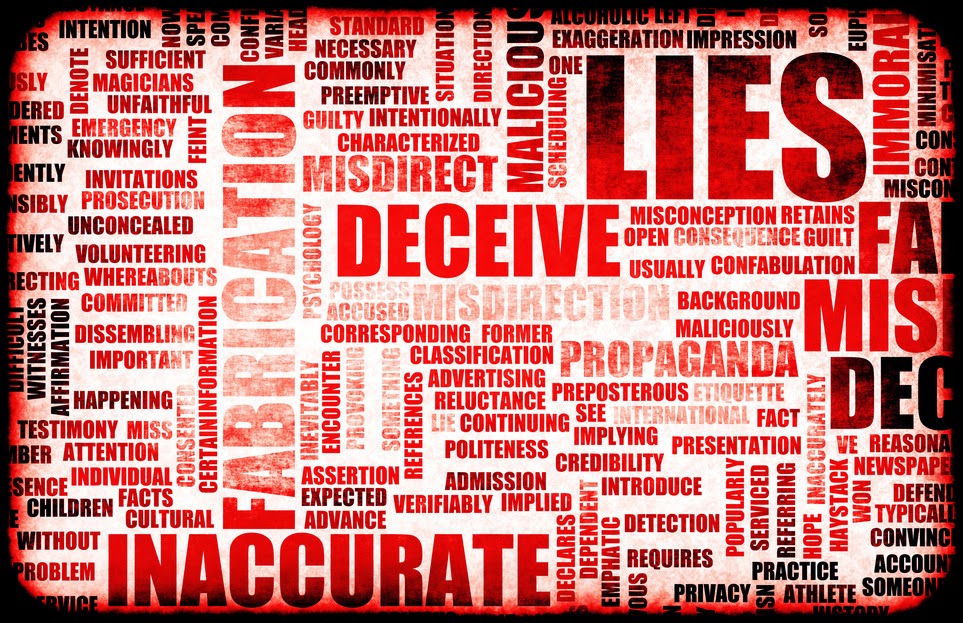 Lies and my relationship

Lies and my relationship.

Lying is a human trait that has been around since, well…since forever and we all do – or have done – it at one point or another.

But why do we lie?
Children learn to tell lies from very early on. At around age 3, they start realizing that you do not in fact know everything and that they can get away with telling lies…without you always knowing that what they are telling you isn’t actually true. Most child developmental specialists view lying in childhood as a completely natural developmental occurrence. So lying is part of growing up…but why do we as adults lie and what is the impact thereof on our relationships?
People lie for a multitude of different reasons. Wendy Gamble is a behavioural scientist and she conducted a study at the university of Arizona in 2000, where she identified four basic types of lies:
• Prosocial: Lying to protect someone, to benefit or help others.
• Self-enhancement: Lying to save face, to avoid embarrassment, disapproval or punishment.
• Selfish: Lying to protect the self at the expense of another, and/or to conceal a misdeed.
• Antisocial: Lying to hurt someone else intentionally.
(http://www.healthofchildren.com).

If you take these different types of lies into consideration, it is understandable that it is not that easy to outright classify all lies as completely bad. Although l do believe lying is not right, I have a lot of compassion for context and intention when it comes to someone not being completely honest.

In relationship counselling; lies are something that I deal with on a daily basis. This is especially true with regards to affairs and infidelity, but definitely not limited to situations where third parties are involved. Finances, for example is also one of the areas in life, where lies and/or deception are prevalent.

What is the difference between a lie and deception?

Loosely defined someone who lies, is making false statements that he/she knows not to be true. Lying involves speaking a non-truth. Deception on the other hand, does not necessarily include lying – speaking non-truths. However, it entails guiding or leading the person who is being deceived, to concluding or accepting a non-truth as a truth. Deception could, for example; involve implying certain non-truths even though the person never actually speaks the non-truth. Therefore, lying is a form of deception, but deception does not always include lies.

Trust and honesty go hand in hand. When we start catching a partner in lies, or start realizing that we are being deceived, trust is the main element that is being threatened and it could be completely shattered through these actions. One of my clients actually described it very accurately. She said; “we all have many balls we have to juggle throughout life, certain ones are rubber balls…if we happen to accidentally drop one, it bounces back up and life goes on. But some of these balls are made out of glass – if you drop one of these glass balls, it either shatters into a million pieces, or cracks really badly…it can never be completely repaired”. Trust is one of these glass balls.

In relationships, we often make the mistake of thinking that lies and deception are only really problems or “a big deal” when it comes to third parties being involved. Being dishonest would therefore only be a valid issue if your partner were being dishonest about someone else in his/her life…romantically speaking.
“It’s not as if I am cheating on you! I am not hiding an affair or anything!” or “You are completely over reacting – as if I am seeing someone on the side!” are some of the incredulous responses I often here in sessions where dishonesty is discussed.

Unfortunately, the truth of the matter is; when we feel deceived, or are lied to, it causes an emotional disconnect in a relationship. Trust is a key component in a healthy relationship and is often a component that we take for granted. We don’t even necessarily realize that it is there… until we lose it.
Trust can be defined as a firm belief in the reliability, truth or ability of someone or something. Trust has, as a result, a feeling of security, predictability and safety which, in turn results in emotional connection between partners. “I am safe with you…in all aspects” sums it up nicely. When trust is broken, I have to “self-protect”. The secure bubble we were in is literally popped and the relationship is now characterized by suspicion, and a sense of wariness. “What if”-thinking, withdrawal, and feelings of hurt and betrayal rule the roost. Arguments and accusations are common.
“What else do I not know, what else are you hiding, how could I have been so blind, who are you…”  are common thought patterns here.

This brings us back to my previous comment of context and intention.
Are you doing it not to hurt someone, or are you doing it to keep yourself safe. It also depends on the information you are withholding. If you are withholding the fact that you are considering filing for divorce, or that you are seeing someone else on the side, or that you are HIV positive for example; these are definitely lies, harmful and hurtful. But if you are withholding information related to a surprise party, that would be a good secret to keep until the appropriate time.
If you are withholding financial information, again my question would be “why”? Is it to deliberately hurt your partner, is it because you are trying to prevent the consequences of him/her finding out about your reckless spending…in other words to keep yourself safe, or is it because you don’t trust your partner with the knowledge of extra money in the bank?
What is the intention behind the action?

Sometimes I find couples in counselling who are literally at their wits end as a result of all of these negative, distrustful reactions and patterns; the accusations and arguments, the emotional disconnect…but where the “offense” is not really justifying the reaction. In other words; where a partner truly does completely over react to a situation.
Scenarios would generally include answers to questions that your partner does not feel are truth full.
For example,
Scenario one.
Question: “what did you do today?”
Answer: “nothing much, pretty normal day”
Response: “why are your golf shoes in your bag then?”
Answer: “oh, yeah; Dave and I went and hit a few balls during lunch”
Response: “why are you lying to me about your day then!? What else are you lying about??”

Scenario two:
Question: “have you had lunch yet?”
Answer: “not yet, do you feel like grabbing something to eat before we see the movie?”
Response: “but there is a plate in the sink! You have eaten something, why are you lying!?”
Response: “this wasn’t lunch, it as a slice of dry toast, I am still hungry and would love to go and have lunch with you…”
Response: “you lied to me…again! I can’t do this anymore!”

In both of these scenarios, the person asking the questions is reacting to the answers given in a very self-protecting manner, as if the person answering the questions is deliberately and maliciously withholding information, lying and being deceitful…which is definitely not always the case. When these patterns of interactions occur, my question would be – why is trust in this relationship at such a low?
It could be because of previous relationship issues that have not been dealt with, it could be because of previous issues in this same relationship that have not been dealt with. In other words; yes, the response to the situation is a complete over-reaction, but it has it’s roots somewhere.

If you were to take a step back and evaluate these scenarios or “non-truths” on the basis of the four types of lies that Wendy Gamble puts to us; what would you rate these answers to the questions as?
• Prosocial: Lying to protect someone, to benefit or help others.
• Self-enhancement: Lying to save face, to avoid embarrassment, disapproval or punishment.
• Selfish: Lying to protect the self at the expense of another, and/or to conceal a misdeed.
• Antisocial: Lying to hurt someone else intentionally.

I think it would be fair to say that these scenarios do not neatly fit anyone of these categories. Therefore, chances are that the intentions of the person answering, wasn’t necessarily to hurt, to cover up, to lie, or to withhold information. I would like to propose that the reaction therefore was possibly an over-reaction.

I completely understand that this might be – and in some cases definitely is – an over simplification of relationship dynamics. This article is not intended to serve as any therapy tool, it’s simply aimed at having you think a little.

1. Why do I lie in my relationship, what are my intentions?
2. Do I realize the magnitude of the possible consequences of being dishonest?
3. Are my reactions to certain situations in my relationship, perhaps a bit over the top?
4. If so, why could that be…?

To summarize:
Healthy relationships are ones where trust is a very definite and present component between two people. Dishonesty, for whatever reason, has the ability to shatter this trust, which could completely destroy the emotional connection and -security in a relationship. Intentions and context are relevant aspects to take into consideration, and there could be scenarios that do not warrant reactions of certain magnitudes. Once trust has been broken in a relationship though, even smaller, seemingly unimportant things, could become very definite triggers of emotional insecurity and suspicion. Although there are certain instances where lies and withholding of information are warranted to a degree…in my opinion, honesty is, and stays, the best policy.