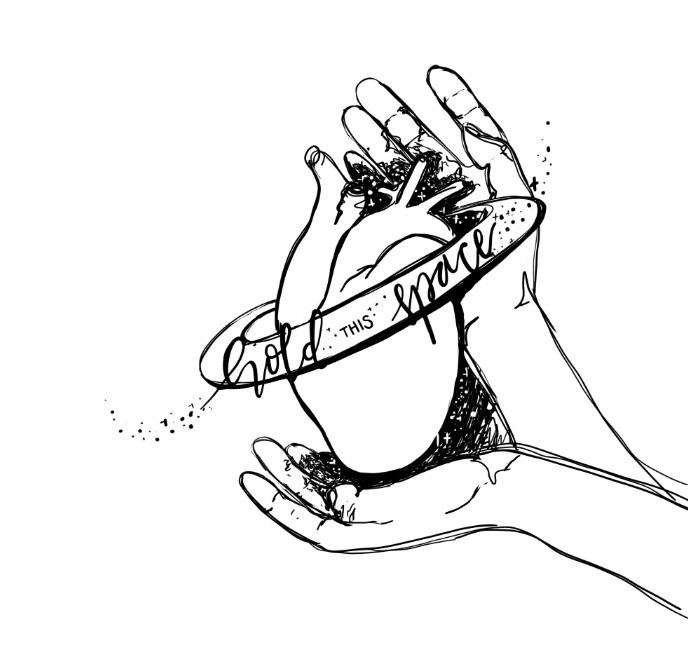 Personally, dancing is a definite favourite for me. Watching and doing dancing both bring such joy to my soul. The studio that I dance with is getting ready for our end of year show and we’ve started preparing a new dance. On the evening we started with it, we were taught a particular movement that required from us to hold the pose. I clearly remember my dance teacher saying that there’s beauty in the stillness. Immediately I smiled at the reminder of the exact same principle in counselling; holding the space.

I’m not 100% sure who coined this term holding the space, but whoever it was put words to something I’d felt so deeply for so long and in my own journey particularly over the last couple of months.

The term holding the / their space, refers to the counsellor’s attentiveness to their client wherever they’re at. The counsellor is fully engaged and empathetic right where the client is. The counsellor is not attempting to fix or direct, but rather sitting in it with them. There is nothing I have so keenly needed on my own journey than someone just sitting down with me in the mud; in the hurt and in the breaking. There has been nothing so comforting and endearing as someone just really seeing me. Acknowledging me, my feelings, my thoughts and my behaviours. Being so attuned to my every movement in that moment that I feel overwhelmingly heard and understood.

I have also experienced the opposite. Thus, possibly my desperate desire for someone just to meet me where I’m at. Have you ever tried to explain something to someone or tell someone something frustrating and / or painful, and you receive a response like “oh, well, at least you have a job”, or “well, count your blessings, it could be worse”, or “I’m sure it wasn’t as bad as you make it sound”. I can tell you with 1000% certainty that those are definitely not words that you want to hear when you’re having a bad day, let alone in the midst of depression. I have been both these people. I have been the person that tries to bring a positive outlook to bad situations, but I’ve also felt the repercussions of its backfire. Having been on both sides, I can see how detrimental good intentions can be and personally endeavour to lean into the discomfort of empathy, way before trying to see a silver lining or trying to fix it.

Often, growing up, people weren’t (or aren’t) afforded the opportunity to experience the fullness of their feelings and emotions; being told to “man up” or that “it’s going to be okay”. Perhaps parents or teachers were not even aware of or curious about the person’s current reality. That is also why I believe that holding the client’s space in their sacred moment of vulnerability, is one of the most powerful counselling tools you can use. Simultaneously, possibly the most difficult to acquire. So then, how shall we acquire this seemingly illusive quality as counsellors and even as family members or friends?

Brené Brown explains the discomfort and vulnerability of empathy so beautifully when she says, “in order to connect with you, I have to connect with something in myself that knows that feeling. Rarely does an empathic response begin with “at least” …  “Rarely can a response make something better. What makes something better is connection.” I believe that empathy is a crucial element in counselling, and I believe it can be learned. Sound impossible? Maybe it requires connecting to the depth of our own feelings or pain. Maybe it starts with empathy for our own journeys. Perhaps that is the first practical way in which we can learn to hold the space for another; by first holding it for or allowing it to be held for ourselves. Going there… allowing someone to truly see us.

I believe each of us have a deep longing to be seen and known. We also have a deep fear thereof. A fear of being seen, being known and being rejected. Even so, haven’t the most beautiful connections and moments of being seen, come from the brave vulnerability to see someone or allow them to truly see you? Perhaps the second thing we could lean into is the knowledge that every single person has this longing that Rogers calls unconditional positive regard. This means unconditional love and acceptance of the person sitting in front of you. I came across an exceptionally appropriate analogy to explain this (and in research this is referred to as bracketing); as human beings, we bring our ‘stuff’ to the table. Inevitably we bring our experiences, beliefs, opinions, prejudices and mindsets to every situation we step into. This means that the person in front of you is doing the same. However, when both humans are unpacking all these beliefs and opinions onto the table, it can create a mountain of baggage between them. This is not conducive to the client-counsellor relationship. Instead, what holding the space looks like for the counsellor (or friend), is keeping my ‘stuff’ packed away, tied up with a pretty ribbon and allowing the person in front of them to speak, entering into their reality rather than projecting or responding from their own reality. Allowing a safe space for them to share without criticism or judgement.

The third way we could hold the space, is through active listening and body language. Very practically, being attentive, not distracted, not thinking ahead, being elsewhere or thinking of answers or responses. Simply listening and being so present with the person that body language begins to mirror unknowingly. Being so genuinely invested in what the person / client is saying will already build a connection that far outweighs any ‘method’ of counselling that might follow. The very connection that the client and counsellor would have can already be therapeutic in itself.

I believe holding the space is incredibly important and powerful. It might take some intentional practice for some of us, but it is possible.

There is beauty in the stillness.

There is healing in holding the space. 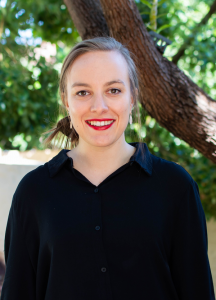 “I guess there’s some truth in the saying that “all roads lead to Rome”.

My journey has been relatively unconventional in many ways, but I am grateful for the various experiences (personal and professional) that I’ve had because I’ve gained so much more than I realized till now.

My academic journey started with my undergraduate (BA majoring in Psychology and Criminology) at the University of Pretoria, to my honours in Counselling Psychology through Unisa whilst volunteering at the A21 Campaign. Thereafter, two years of internship in Pastoral Care in Hillsong Church in Cape Town and, most recently, a Master’s of Theology in Pastoral Therapy, specifically regarding aspects of female sexuality.

My experiences and passions also include an avid love for art, photography, design and dancing. I would love to incorporate art therapy one day; including (but not limited to) working with trauma, mood disorders, and who knows, maybe even psychosis. I believe there is always more to grow and more to learn and that we’ll never arrive. May we always be lifelong learners as soul  journers on the earth.”