Bipolar disorder – the reality of living with this lonely disorder 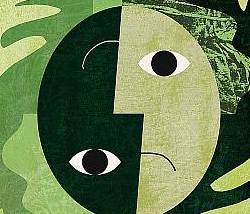 Bipolar disorder – the reality of living with this lonely disorder

“In the mirror I see a creature that I must unwillingly share my mind and heart with. I feel alone in a world filled with people, and yet it all seems silent and meaningless. Some days I feel like I can conquer the world, some days I can’t even find the courage to get up and get dressed. I feel like I’m in a constant state of confusion, a constant rollercoaster ride that never ends. The people close to me feel very far away…they don’t understand. Yet I don’t want them to. I don’t want others to feel the way that I do, to live with the monster that I have become. Will I ever get better? Is there any hope in a world that judges you as weak and crazy, a world that seems cold and dark… I just don’t know. Sometimes I just want to be alone, hiding from the world, yet the loneliness can be unbearable.”

Bipolar mood disorder is a commonly known, yet frequently misunderstood mood disorder. As a counsellor I’m very aware of the impact of this mood disorder – not only on the person, but also on the other people involved. Living with any mood disorder is not easy. One of the most difficult steps is to accept and manage it. Yet it’s also important the people involved in your life knows about this disorder and how to support you. They will never fully understand what you are going through, but having support makes it much easier to accept and manage your diagnoses. With this article I would like to give you some very basic information about Bipolar disorder in order to create some awareness and hopefully help someone in need of support.

Bipolar Disorder (also known as Manic-Depressive Disorder) can be a lifetime mental disorder often characterized by the presence of extreme swings in mood appearing over a period of time. There would be times of elevated mood (mania), followed by periods of depression. These changing moods are not a result of a “weak” person, but as a result of defective brain chemistry. Because of the defective brain chemistry, bipolar disorder can be treated and managed with specific medication. The diagnoses and prescription of medication needs to be done and carefully monitored by a registered psychiatrist.

There is no single cause of bipolar disorder, but research suggests that certain nerve cells in the brain do not function or communicate like they are supposed to. It can affect allot of people and is often accompanied by anxiety. Genetics seems to play a role in getting this disorder, yet there can also be environmental/traumatic issues that can trigger bi-polar disorder. Some of the triggers can also include:

There are currently two different types of bipolar disorders. Understanding the difference in the two types might assist you in knowing what to expect, thus making the management easier for you. It might also help the people in your life to understand what you are going through.

Bipolar 1 can be defined by episodes of manic and depressive mood swings. A manic episode can be defined as a period of abnormal and persistent elevated euphoric or irritable mood that can last for at least a week. Additional symptoms might include: inflated self-esteem, a decreased need for sleep, racing thoughts, excessive involvement in pleasurable activities (that may have negative consequences for example going on shopping sprees) and an increased focus on certain activities. The symptoms are often severe to the point where it negatively affects your social and occupational functioning and sometimes it might require hospitalisation.

A depressive episode can be defined as a period of decrease in mood. During a depressive episode people are more likely to sleep allot, feel tired and exhausted and have a general lack of interest in activities. Sometimes there are also an increase in appetite and can be accompanied by intense/inappropriate feelings of guilt and shame. Some severe symptoms like feelings of hopelessness and suicide might also occur and hospitalisation might be required.

Bipolar 2 can be defined by episodes of hypomania and depressive mood swings. A hypomanic episode is a milder form of mania (lasting for about four days). It does not have the severe symptoms of a manic episode, doesn’t require hospitalization and it doesn’t cause impairment in social or occupational functioning. Symptoms of hypomania might include periods of high irritation, racing thoughts and a lack of sleep – making it worse. The depressive episodes are often more intense and noticeable. The depressive symptoms can be the same as pi-polar 1 (feelings of guilt, lack of interest in activities, disturbed sleeping and eating patterns, feelings of hopelessness and suicidal thoughts).

Both types of bipolar can be very difficult for the person to understand and to manage. The people around you might also pick up the mood swings and it might be just as confusing for them. It is very important to not diagnose yourself – even if you suspect that you might have this disorder. If you are worried about your mood, please go and see a registered psychiatrist (sometimes also get a second opinion) to make sure that the diagnosis is correct. Bipolar disorder needs to be strictly monitored and managed.

Because bipolar disorder is a defect in brain chemistry it can be treated with certain medication and also with therapy. Both treatments need to done in co-operation with the other for optimal results. The following medication is most commonly prescribed:

Because of the variety of medications that is used to treat bipolar disorder it is again very important to have these prescribed and monitored by a psychiatrist. They need to monitor your mood carefully to make sure that the dosages are correct and that the client does not experience severe side effects. Making your partner a part of this process will make the management easier for you and help them to understand the importance of taking your medication. NEVER STOP TAKING YOUR MEDICATION WITHOUT THE PERMISSION OF YOUR PSYCHIATRIST. Because of the medication you will systematically start to feel better – this is not an indication that you can stop taking your medication. This is an indication that your medication is effective and needs to be continued.

Sometimes just taking your medication is not enough. I’ve seen people more willing to accept that they are addicts, than accepting a diagnosis of bipolar disorder. Because going through this process is so difficult, therapy can be an effective process in helping you accept and manage your bipolar. Making your partner a part of the therapeutic process is also very effective – they also need to be able to express their feelings and frustrations. During therapy they will also be empowered with skills on how to help you manage your bipolar.

In conclusion: Bipolar is a very serious mood disorder that needs to be diagnosed and treated by a psychiatrist. Accepting your diagnosis can be very difficult, yet if you can’t accept it, you can’t treat it. Having this disorder does not make you a weak person – unfortunately we can’t control our brain chemistry, but we can treat it. Please seek professional help and support and help the people around you support you. Don’t hide from the world and never give up hope. It is your ability to go through difficult times that defines you, not your mood disorder.